A Periphery modification of the Charger, the 2A2 had one ton of armor removed and its weapons stripped out. In their place, the 2A2 carried a medium laser and five Rocket Launcher 10s. This modification gave the Charger an immense amount of firepower that could be used in one shot or over the course of a battle. With the Charger's role as a heavy scout, the one-shot nature of the Rocket Launchers was not considered much of a hindrance as if they had been placed on a dedicated assault 'Mech. 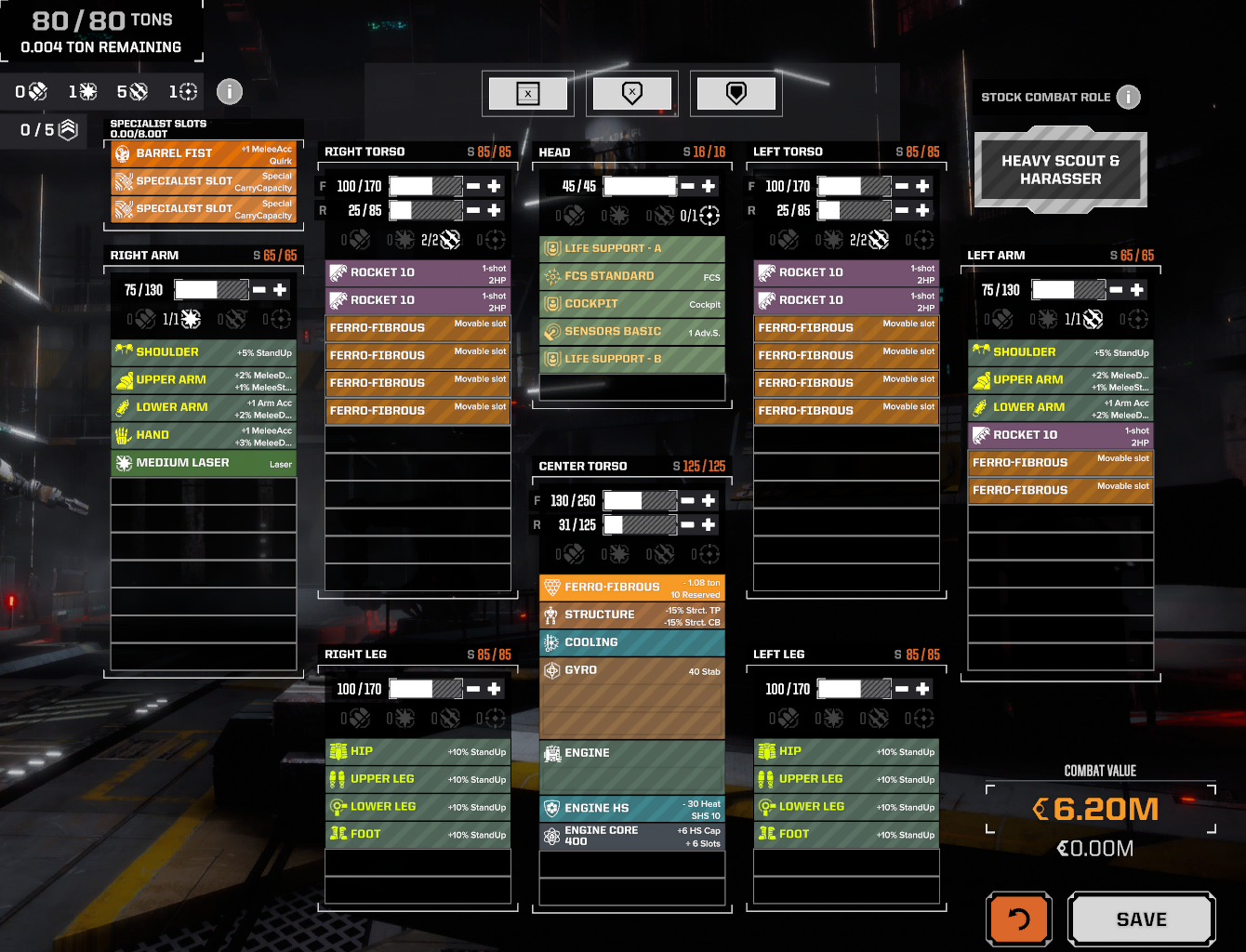